Financial Information about the charity

Over the course of the first six months of 2011 the value of our reserves fell by 64% which forced us to cut back on our activities and make some redundancies. During 2018 we have again experienced erratic income from fundraising with December bringing in the same amount as the first 16 weeks of the year. Our reserves have once again enabled us to level out the fluctuating income and continue our work as planned and without cutting back. Our reserves were partially replenished by the end of the year.

Given the volatile nature of much of our income, the Trustees will continue to closely monitor the reserves position throughout the forthcoming year, spending any surplus funds on charitable activities. 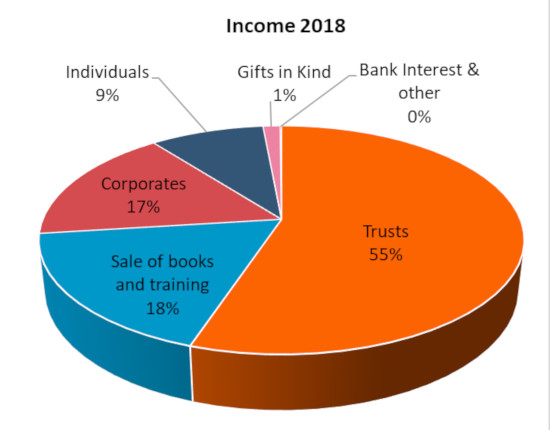 These graphs are based on figures from our audited accounts for 2018 (PDF 871KB).

Copies of our accounts are also independently available from the Charity Commission.